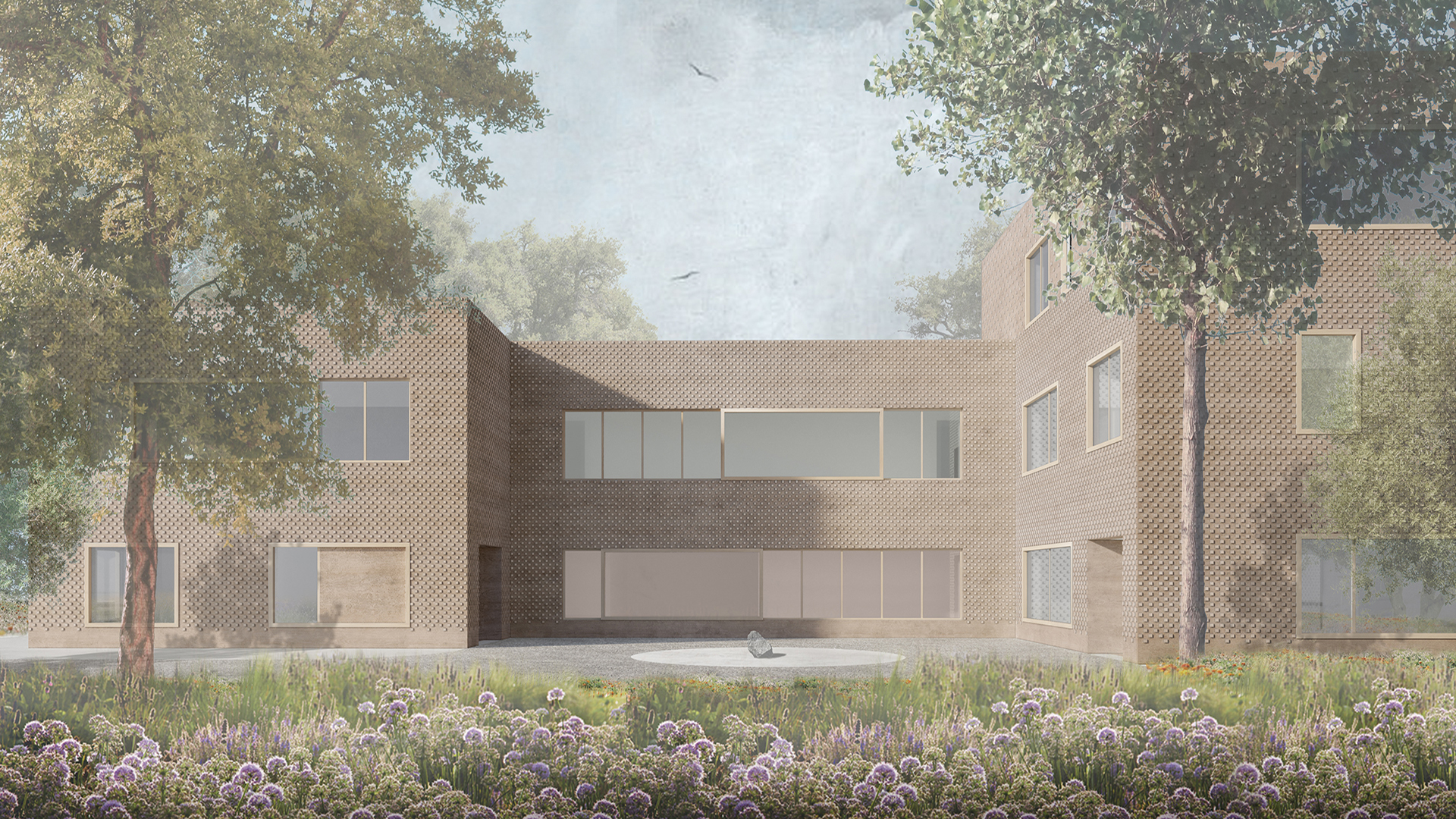 
In our competition proposal for new Karin Dom Foundation building, we would like to keep and transfer all qualities of the old existing house for children and teaching staff. Our goal was to transmit feelings and emotions of residential building typology to the public one.

The first step was to determine a comfortable, unintimidating scale for children. The massive volume was divided into parts and they were shifted to create internal courts. Playgrounds are situated in these separated from city noise spaces. Courts communicate with each other by the surrounded perimeter of existing trees. Also, different views on structure appear with shifting. The building invites you to walk through, look round it. The next step was to place all key parts of the program on the first and second floors. The administration part with roof access was designed on the third separated floor. Additional playgrounds and recreation zones could be organized on the roof. With these steps, the building keeps lower trees and its scale and proportions become closer to children.

Denis Antokhin and Nikolay Bukhantsov graduated Moscow Institute of Architecture (state academy) in 2015 and have 6 years of work experience in diverse architecture companies. During this time they developed various residential and public buildings and spaces. In 2019 Denis took part in open German architecture competition in Lychen and was awarded second place. At this moment they continue architecture practice and work on international competitions.

Galina Sheveleva and Victoria Dumanova are professionals in CARRE engineering company. Since 2000 the Campaign has been on the market and is engaged in the development of engineering systems of buildings. The original campaign was called «Engex». In 2019, the campaign was restructured, as a result of which 2 companies «CARRE» and «IKS» were formed. Currently under the development are such objects as a residential complex on Kutuzovsky Avenue in Moscow (Kengo Kuma & Associates) and “The State Philharmonic of Yakutia. Arctic Center of Epic and Arts" in Yakutsk city, Russia.

Motivation to participate in the competition

"We were enchanted by Karin Dom Foundation history and devotion. Our team wanted to help find a concept for a new building design. Also, we were attracted by a chance to realize the project. So we tried to work carefully and in detail." 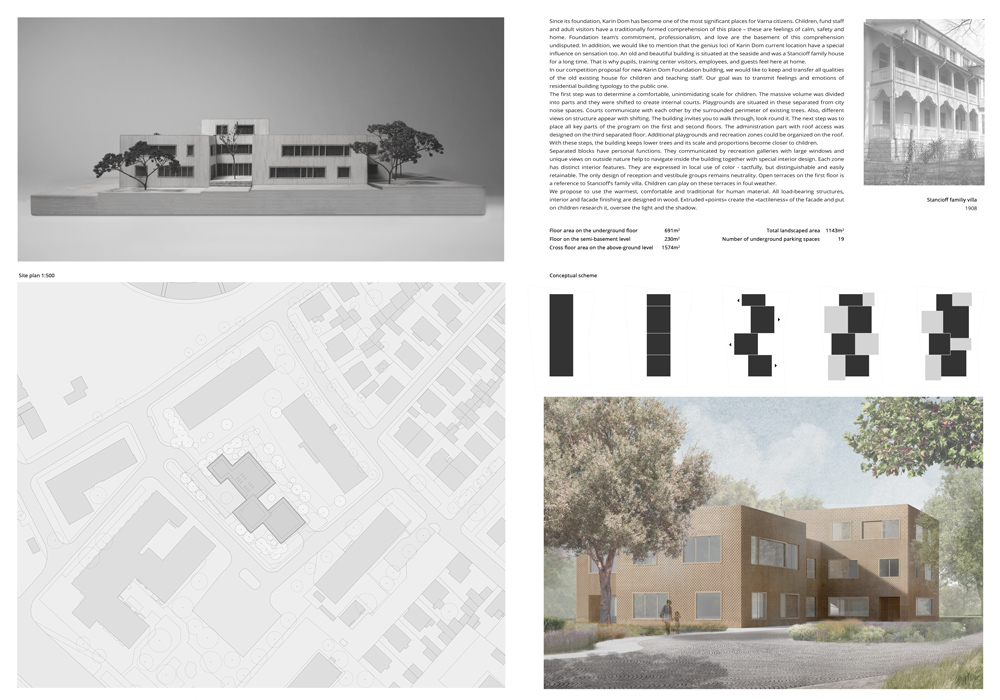 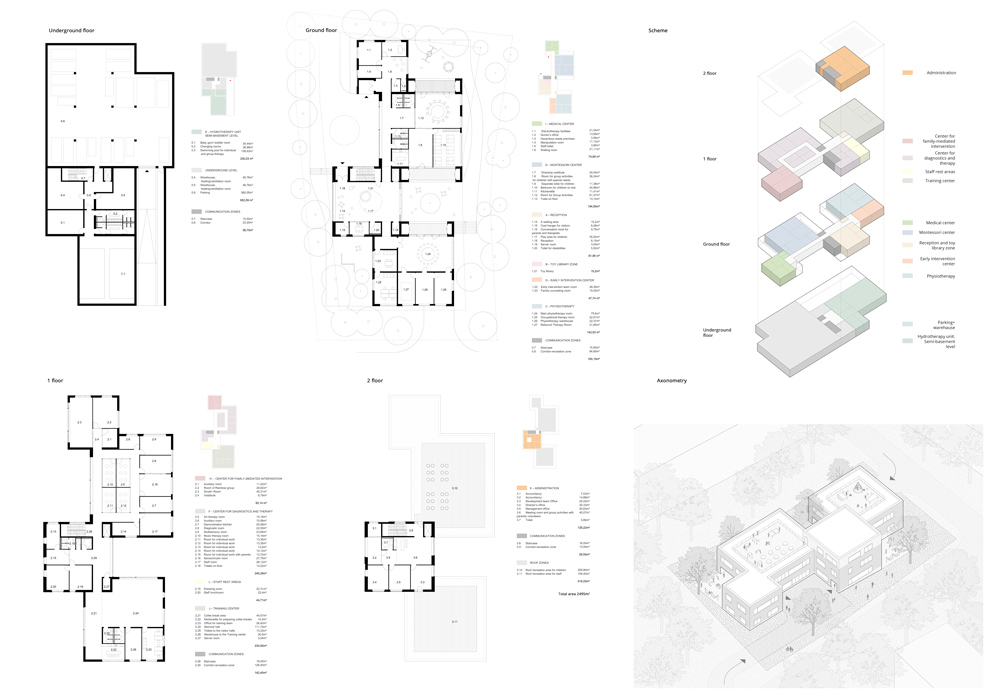 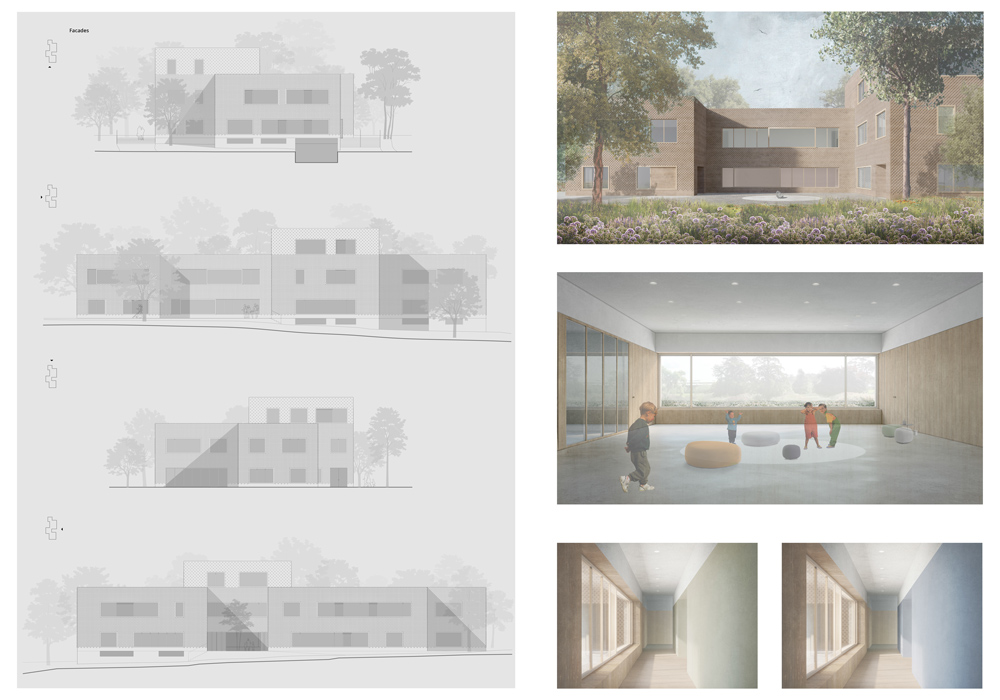 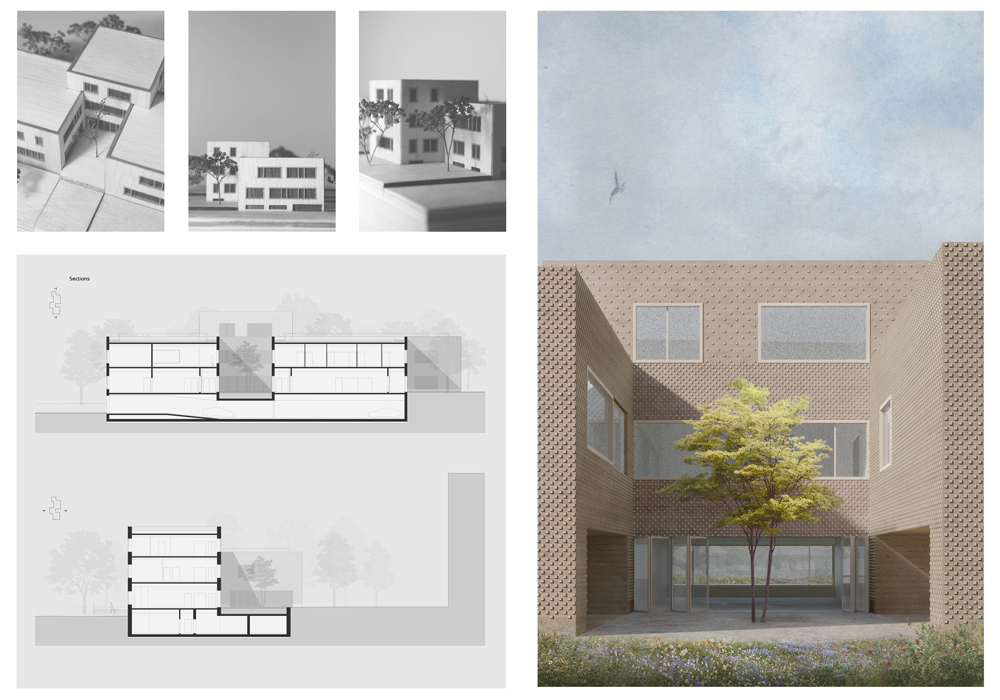 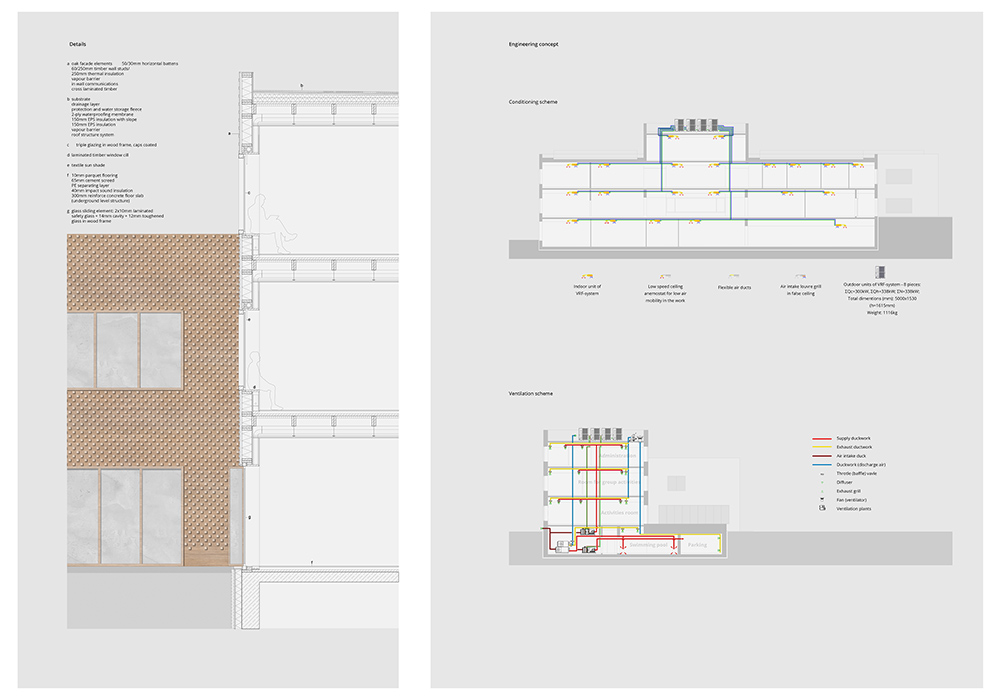