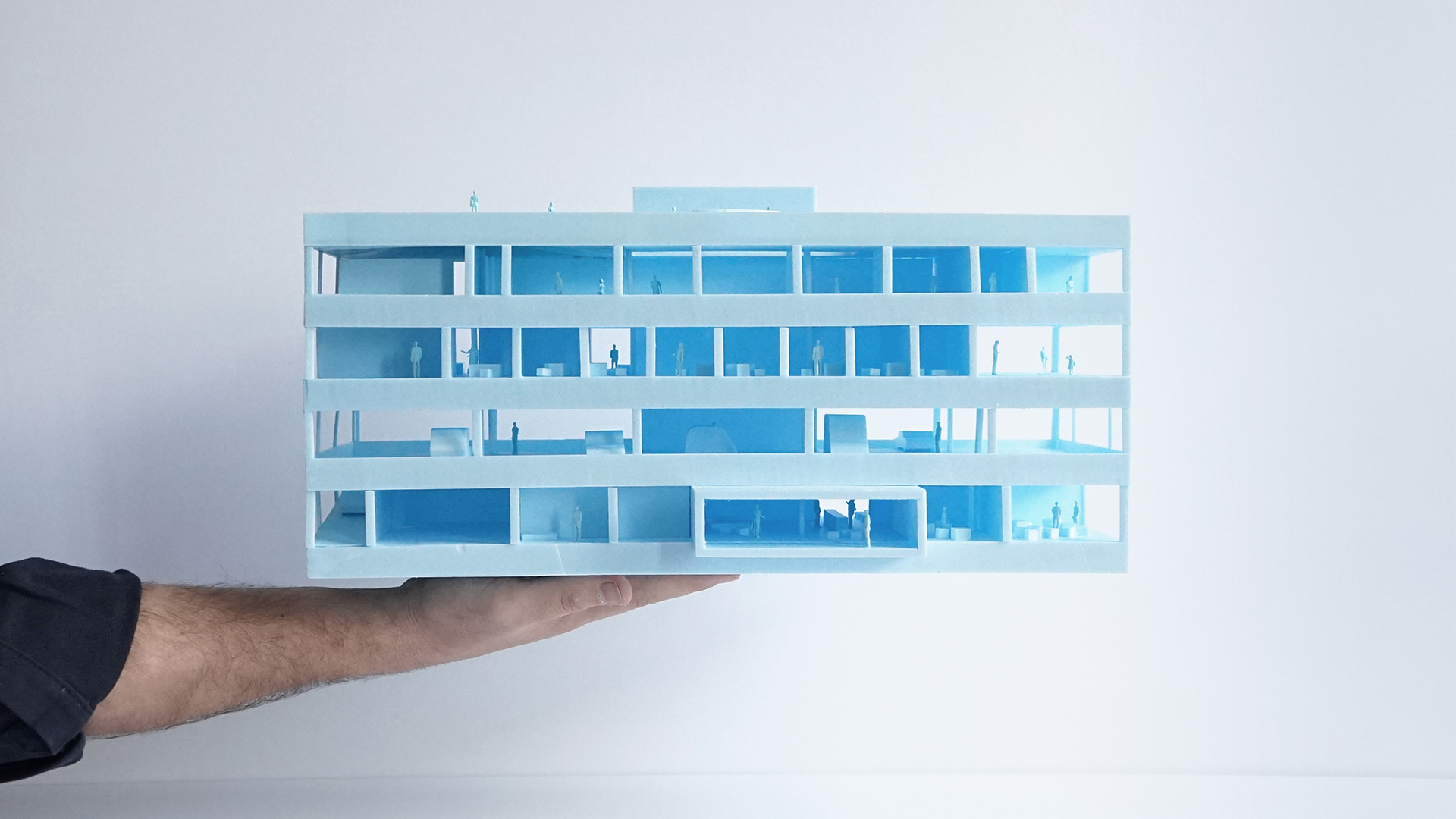 
The Karin Dom Foundation for children with special needs is one of the most important and infl uential civic organizations in Bulgaria. Today with its staff of 45 members they work with over 300 children and families from Varna amd continue with what was established in 1996 by diplomat and philanthropist Ivan Stancioff .

Together with the history of the foundation, the nature of the site contributes to the aura and magic of the foundation. With a delicate yet strict vision onto the site, the project places itself in the best possible position. The goal is not to keep all the trees but rather make a pragmatic decision on the site’s assets. The project rather than faking a total preservation of the trees by building around them decides to stay as compact as possible. Placed on the least tree populated part of the plot, the project takes away only a few trees that will be replaced by more healthy ones. In order to truly preserve the existing ones, the building doesn’t produce underground space which would destroy root-systems with excavations. This also leads the new building to produce an eff ective use of the budget by keeping the project as compact as possible, it manages to keep the building costs low by not digging or creating too much façade area which would prove pricy in the short and long term. This outer shell creates the safety belt for children Karin Dom is known for. Most program being over ground also plays a role in the safety belt, since the visual connections from outside in are blocked by height and trees but keeping the views towards the outside intact. 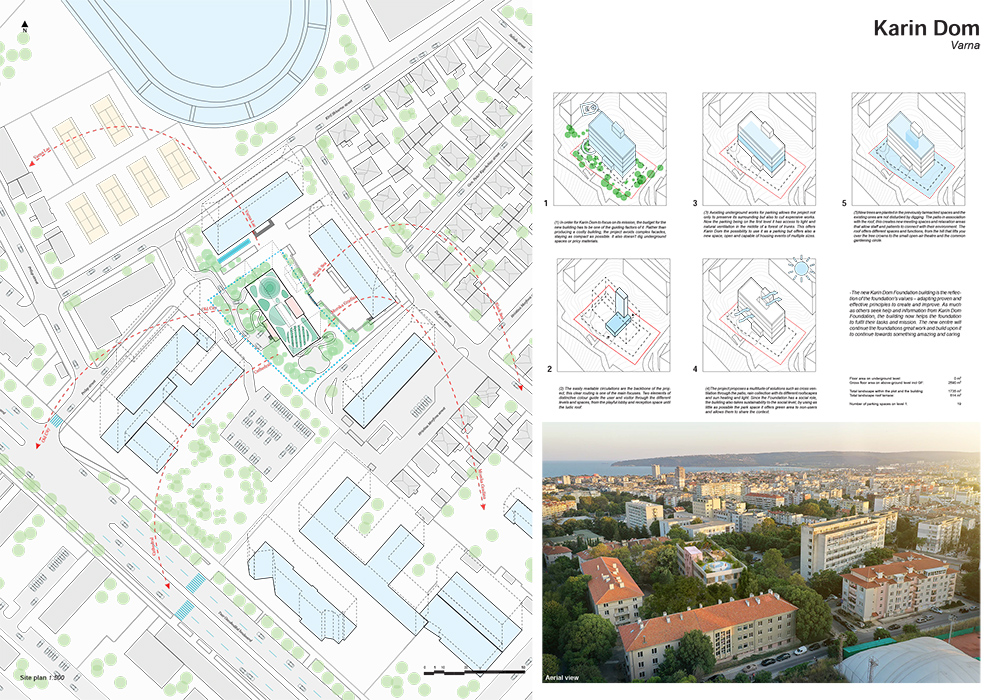 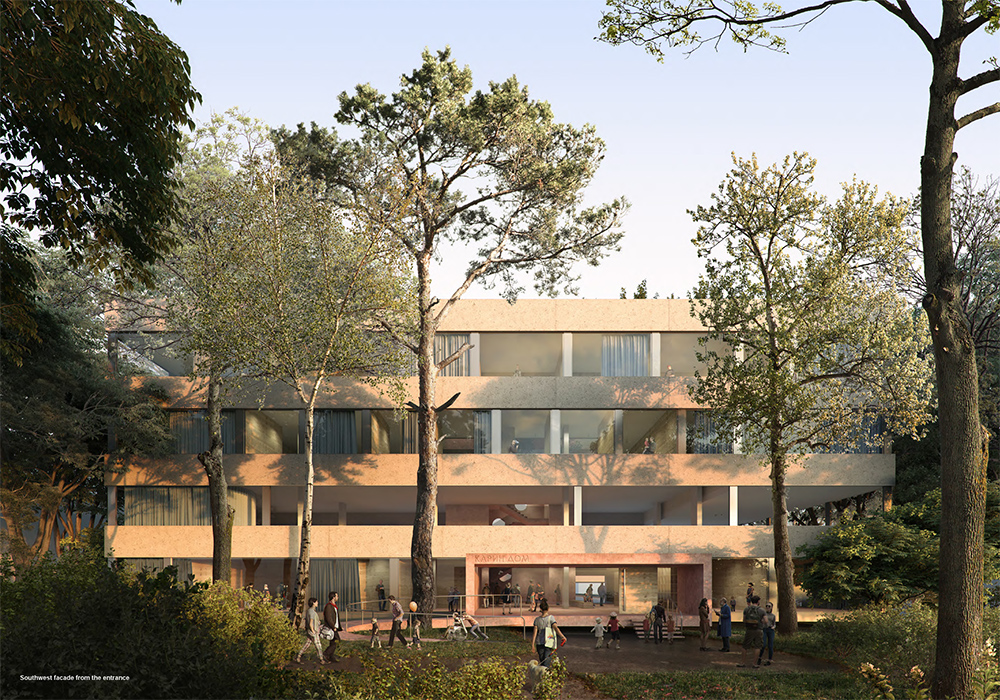 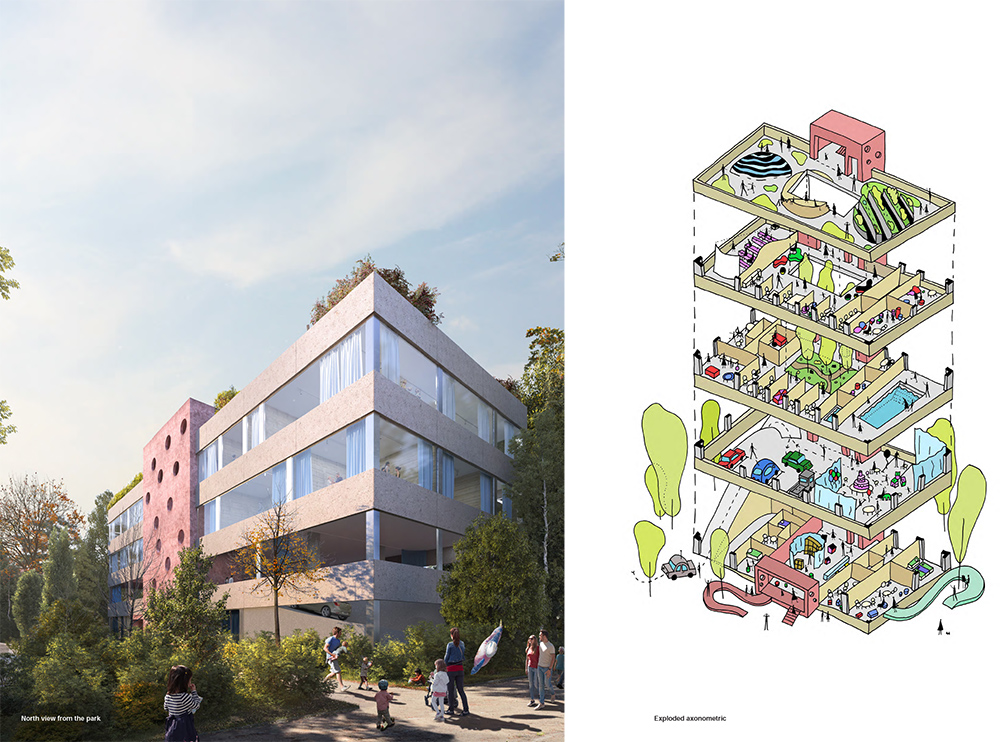 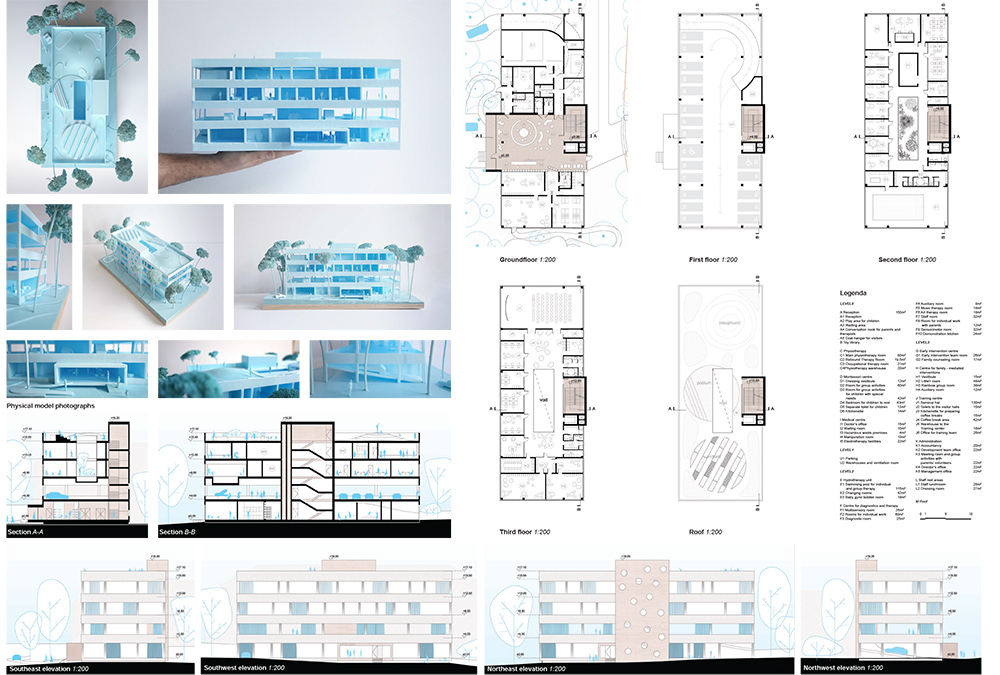 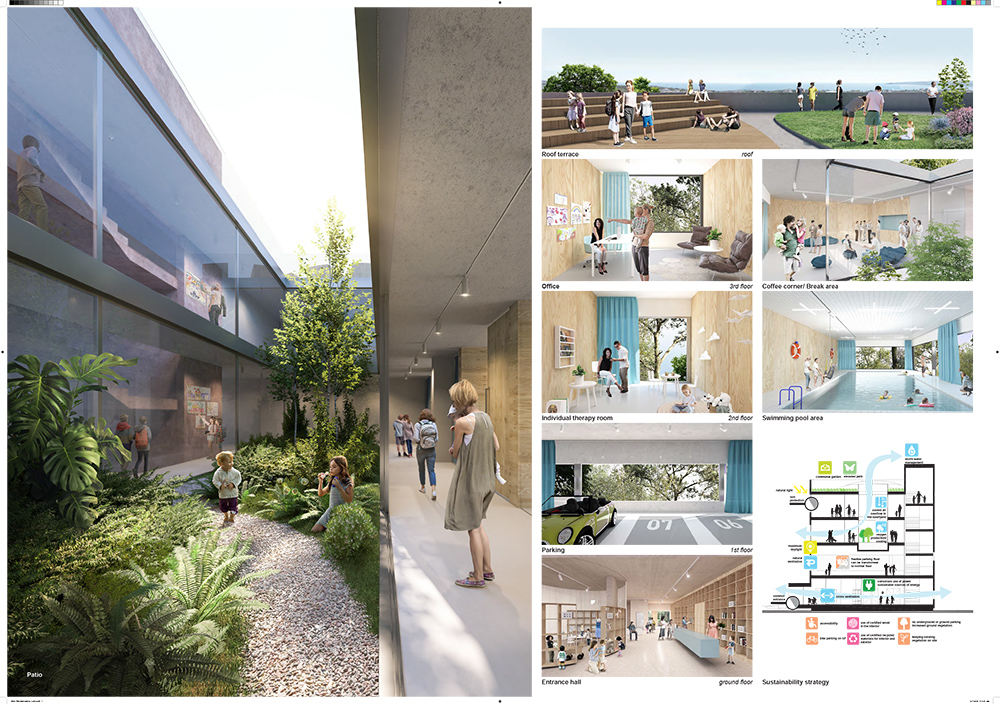